With the spirit of "Heartiness," the organization continues to unite, and contribute to people's "Fitness of Mind and Body." 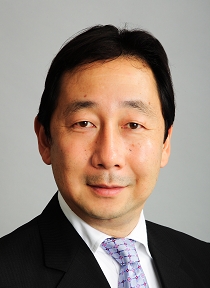 For half a century, Japan has become globally peaceful and rich, however transforming itself into one of the countries that has low birth rates with super-aged societies. But people's lifestyles and values are becoming more diverse in the environment that is being still transformed around our society and life, along with the faithfulness of social security consisted of technological innovation, health care, and welfare.

However, no matter how much societies or people's lifestyles change, there is something that never changes. It's Desire to “Healthy Life Expectancy" and “Health of Mind and Body”, which has become remarkable with today’s longevity and super-agedness

Having the turning point with the 50th anniversary since the company's foundation, TAC wants to pursuit realization of a healthy, long-lived society that has been the desire of the people. To do so, we want to return to the beginning point in the spirit of “Heartiness” and form partnerships with local people and industry officials.
In 1970, TAC opened Japan's first membership-based fitness center in Nakano, Tokyo. Since then, it has been trying its best satisfying what customers wanted and needed. Today around the metropolitan area TAC is operating the fitness centers, gymnastics, dance classes, infant care education facilities, and own-expense rehabilitation facilities. In addition, it has begun nationwide public sports facilities operation in Japan and for the first time it opened ‘Kamisu Disaster Prevention Arena’ (Kamisu City in Ibaraki Prefecture) as the company's first PFI project, in June 2019. In the near future, TAC branches will be promoted and extended around the globe as planned.

In 2015, the United Nations proposed ‘Sustainable Development Goals (SDGs)’ aimed at realizing a sustainable society that no one leaves behind. The company aims to build a society that is second to none through sports and fitness, and will create more value-added services to help local people maintain their ‘Fitness of Mind and Body’ property throughout their lives through the best sports guidance and support.

We look forward to your continued support and cooperation.